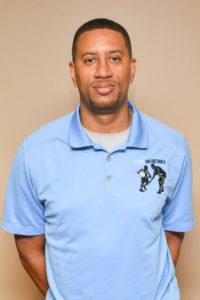 Coach Honis joined Pure Basketball™(AAU) coaching staff in 2013. Played as a two year starter at Teaneck High School, averaging 15 PPG as a Junior and 17 PPG as a Senior. I was named All-League for both years and an All-County selection as a Senior. I was recruited by two Division I programs; Manhattan College, NY and Wagner College, NY. I was also offered two scholarships by Division II schools; Caldwell College, NJ and Franklin Pierce College, NH.

Despite my offers, I made the decision to attend Rutgers University of Newark, NJ which allowed me to play right away. I was a four year starter graduating with my Bachelors Degree. Being selected numerous times as Rookie of The Week and went on to become Runner-Up for Rookie of The Year. Selected to the All-Conference two years and named an Honorable mention East Coast All-American my second year. Finishing my college career with over 1000 points.

After Rutgers, I was fortunate enough to play for five years with the Harlem Wizards. Playing competitively overseas in Denmark, Norway, Sweden, Malaysia, and Taiwan.

Being the proud father of four boys, Coaching is not only a fun teaching opportunity for me, but it is also my passion. I have been coaching CYO, Travel, and AAU basketball since 2008. I joined the Pure Basketball Organization in 2011. I enjoy working with the youth and helping them to reach their full potential both on and off the court. My objective is to ensure that they learn the fundamental building blocks of the game of Basketball while growing and progressing from game to game.