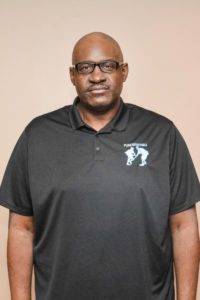 Ken joined the Pure Basketball program in 2016. Ken has over 15 years of basketball coaching and training experience at all levels ranging from youth to high school age kids.

Ken played high school basketball in Limestone, Maine. In 1990, He attended prep school at Maine Central Institute and played for Coach Max Good. His team had an undefeated season going 24-0 and won the New England Prep School Championship. He receive a Division 1 scholarship to play basketball at the University of Maine. During his freshman year, he won the American East Rookie of the week honors twice and was selected to 1990-91 American East All Rookie team. He was the Team Captain for 1993-94 and 1994-95 seasons. His senior year he was selected to All Conference Second team.

Ken graduated from the University of Maine with a bachelor’s degree in Business Management. He’s currently a New Business Strategist Manager for the Taft Hartley and Federal Business Sales Segment at Cigna Healthcare.

Ken is married to Stacy Barnes and has two sons, Branden and Niko.